Home / Reviews / The Truth Behind the London Property Exodus The Truth Behind the London Property Exodus

Has the capital lost its appeal, or is the aftermath of the Covid pandemic finally having an impact on the housing market in London? 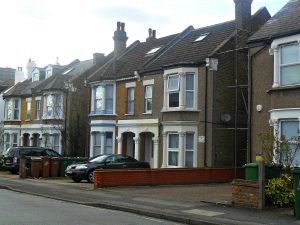 If you have been following the news on property moves in London and the counties around the city in the past 18 months, you may have been surprised by some of the statistics. Lots of media reports have suggested that the trend to working from home has devastated the property market in London, but is that really the truth?

How Do the Stats Add Up?

At the end of 2020 a report found that almost 74,000 homes were sold to buyers moving out of London. This was presented as evidence that people were fleeing the city to take advantage of the chance to move to the countryside, but how do the statistics really stack up?

A closer look at the statistics suggest that that number was not that surprising. It was indeed the highest number over the past three years, but in 2016 the number was 78,170. The discrepancy is small and suggests that the impact of coronavirus has not been a major influence on where people are choosing to live, and indeed it debunks the theory that homeowners are choosing to flee the capital.

Attraction of the City

London has maintained its position in terms of property prices over this period, and it is no surprise that a trend in sellers cashing in to realise their dream of living in the country has continued. The figures suggest that the number of those seeking their dream is no different to the years pre-Covid.

For people looking for a Conveyancing solicitor London remains a hot spot. This should come as no surprise, and many will find them by looking online for firms such as Sam Conveyancing. This does not mean that a disproportionate number of them are looking to purchase outside the capital, as the London property market is still vibrant.

The truth is that London has not lost its appeal, especially when it comes to younger buyers and overseas buyers.

Indeed, there is evidence that those moving out of central London are not moving too far away but instead are choosing to buy more spacious properties in the suburbs. This has always been a trend, and many professionals move out and then return to the city when they have the funds to do so.

The attraction of London has been built up over centuries, and as its many cultural and hospitality venues return to normal, there is unlikely be a crisis in property values as people still choose London as the place they want to live.

Previous What Do Consumers Look For Most in a Mobile Phone?
Next Best Ways to Promote Your Business